The History of TADS Theatre Group 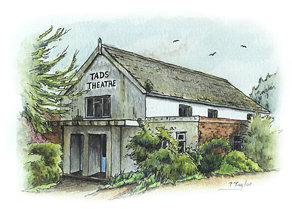 a group of twelve drama students produced two one act plays over a period of 22 weeks. At the end, they were reluctant to give up and decided to form their own drama society which, at that time, was called ‘T.A.D.S.’ – Toddington Amateur Dramatic Society and later TADS Theatre Group.

The fledgling society was strong in actors and actresses but not so strong in producers and directors. A new recruit was soon found, Don Harper, who had extensive knowledge and experience  and who produced and directed the Society’s efforts between 1961 and 1963.

During the early years, the Society had nine ‘grace and favour’ homes to house the ever increasing stock flats, furniture, costumes, etc. until it was decided that a more permanent solution was needed. Negotiations with the local Education Committee saw the lease of a plot of land and extensive fund-raising. During 1987, the Scenery Store was financed and built by the members and is still in use on its original site near the Village Hall. Unfortunately, its age is beginning to show and some restoration work is urgently needed.

The majority of early productions were performed in Parkfields Hall, Toddington but costs proved prohibitive and the Society struggled to meet its debts. Eventually, in 1993, the Society was lucky enough to be able to purchase, what was then a church hall and what is now TADS Theatre, our current home. 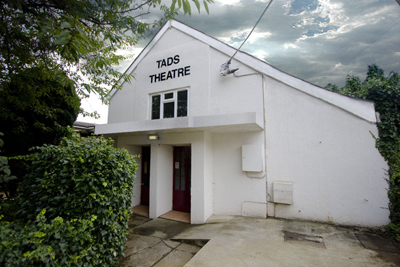 Since its purchase, a lot of time and money has been invested by members in the upkeep and improvement of the theatre. Loans from a couple of members enabled the purchase of 50 raked, padded seats which store away flat when not in use making the auditorium floor space easily accessible. Lately, we have financed repairs to the main roof which leaked and a new heating system has been installed. Currently we are working on improving the toilet facilities and intend to repair the gable end walls shortly. There is still a very long way to go but we are sure that, with a little help along the way, we will end up with a theatre of which we and the people of the village of Toddington can be proud. 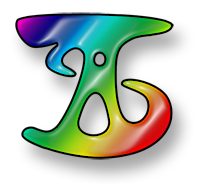 The society has always been adventurous and, for some years, ran drama sessions for children aged from 5 to 10 years as ‘The Tadpole Club’. They performed plays, had film shows, etc. and had as many as 150 children attending at one time. Recently this has been replaced by 'Tads Teens' which aims to give teenagers their own productions.

We still run a children’s Summer School for young people which lasts for 1 week – there have been two sessions per annum to date, hopfully to extend to run for 3 sessions. All aspects of theatre are studied from acting and singing through to dancing, stage management and even painting scenery. All the skills learned are put to good use at the end of each week when the participants put on a show for friends and family.